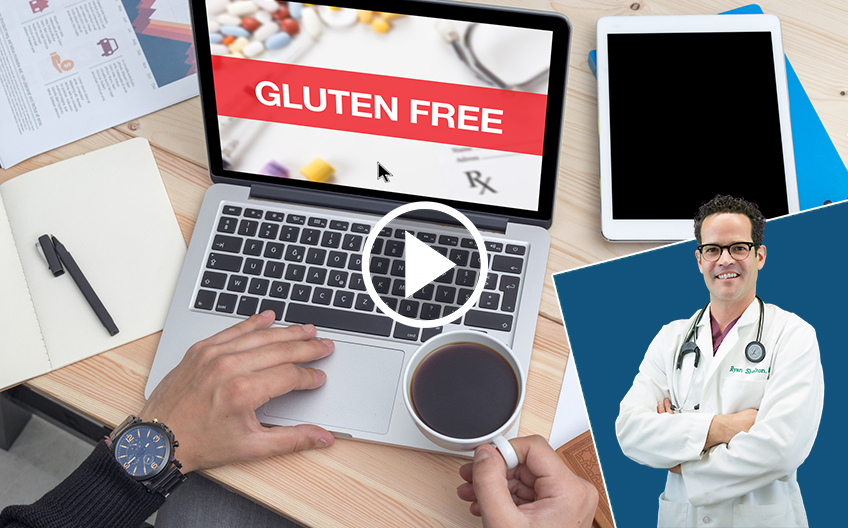 Are you Gluten-Free Or Is It Just More Marketing…

Written by Julianne Ferguson on October 28, 2019. Posted in Digestive Health

It’s difficult nowadays to go a week without encountering someone who claims to have a gluten allergy, but in reality, many people who have diagnosed themselves with a gluten allergy are actually suffering from a gluten sensitivity.

Are you Gluten-Free? Or Is It Just More Marketing…

Gluten-Free by the Numbers 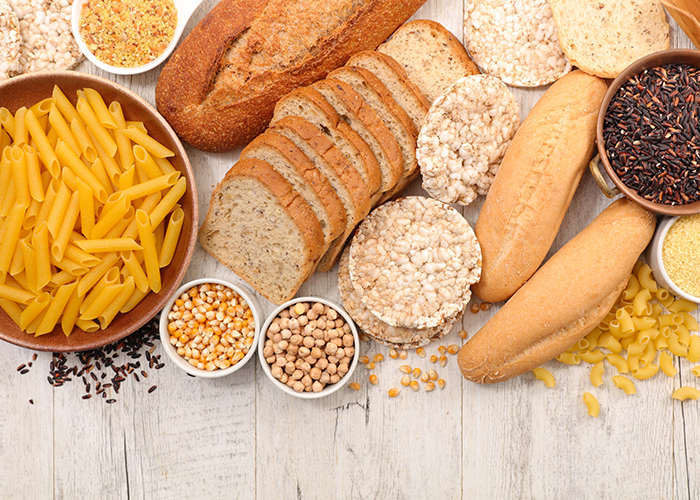 Gluten-free dieting has gained considerable popularity with the general population. Between 2004 and 2011, the market for gluten-free products reached an annual growth rate of 28%, with sales in 2012 hitting $2.6 billion. In 2012, Amazon listed about 4,800 gluten-free entries, but today lists over 18,000. A Google search at the same time for a gluten-free diet produced 4.2 million results but now has over 375 million results!

The number one reason consumers cite for buying gluten-free products is that they are perceived to be healthier than options containing gluten. Endorsements from celebrities have also contributed to the increased interest of possible health benefits from avoiding gluten, including potential weight loss. In 2014, the annual market share of gluten-free was at $5.94 billion. The global gluten-free market size was estimated at $17.59 billion in 2018 and is expected to expand at a rate of 9% from 2019 to 2025.

It’s estimated that only between 3 and 10% of the population may have a gluten sensitivity, so something is going on here. Are there more people with a gluten allergy or gluten sensitivity, or is the public simply becoming more aware of it because of marketing strategies? Are gluten issues a myth or a real problem?

Living as a Gluten-Free Family 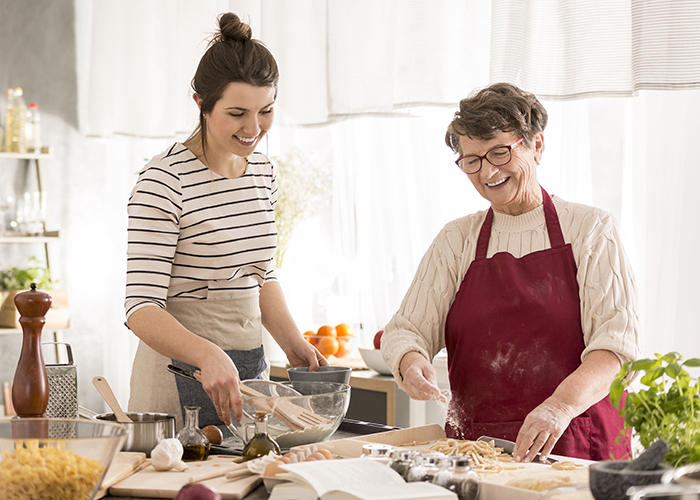 This topic is near and dear to me because I have some personal experience with it. A little over seven years ago, I met and started dating the woman who is now my wife. She eventually shared with me that she suffered from chronic migraines and a skin problem she simply called, ‘itchy bumps.’ These bumps were basically systemic urticaria or hives. As her boyfriend at the time, I asked if she had ever tried to manipulate her diet to see if she was sensitive to anything she was eating. She ended up removing gluten from her diet and hasn’t had a migraine or any itchy bumps ever since.

Now I live with my wife and our two boys in a gluten-free home. I’m not sensitive to gluten but we find it easier to just prepare one gluten-free meal for all of us to eat as a family. I don’t mind at all because the gluten-free options now available are delicious and you can’t tell the difference most of the time. 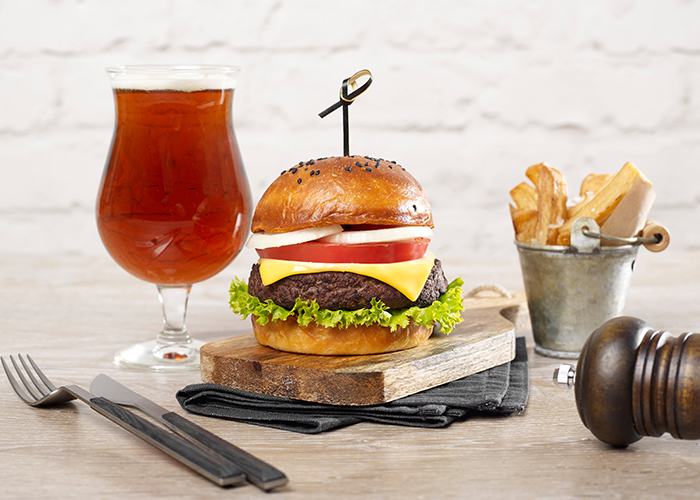 Gluten is a protein consisting of gliadins and glutenins, found in foods processed from wheat and related grains like barley bulgur, couscous, farina, graham, kamut, semolina, spelt, rye, and oats. Although oats do not contain the protein gliadin so most people who are simply gluten sensitive can eat oats. Those with celiac disease, a true wheat gluten allergy, tend not to do well with oats.

It’s important to be aware that gluten does not necessarily equal wheat. Gluten is in a variety of products and if you are sensitive or allergic to gluten, you must carefully read ingredient lists.

A Range of Gluten Disorders 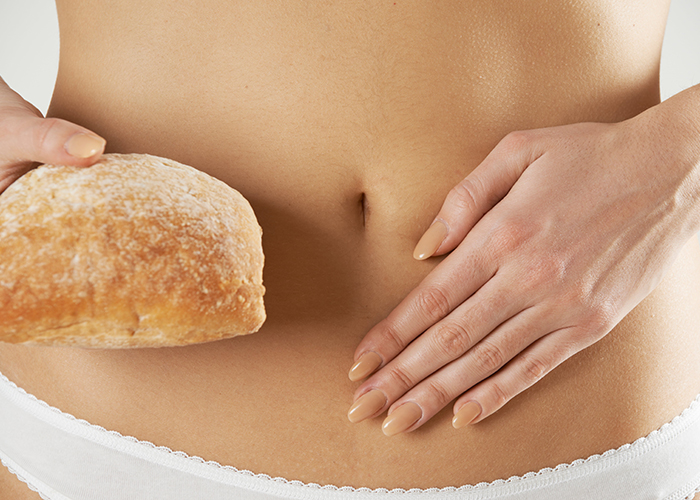 There is a spectrum of gluten-related disorders including wheat allergy, gluten sensitivity, and celiac disease. Wheat allergy is an adverse immunologic reaction to specific proteins just in wheat. A wheat allergy can be treated with wheat avoidance, which means a wheat-free diet can be more permissive than a strict gluten-free diet.

Gluten sensitivity, also referred to as non-celiac gluten sensitivity or intolerance, is characterized by a heightened immunological reaction to gluten in genetically susceptible people. For a clinical diagnosis, it’s generally based on responses to a gluten-free diet. Common symptoms of gluten sensitivity include fatigue, headaches, and skin problems. Symptoms usually include GI distress as well, like gas, bloating, diarrhea, and irritable bowel syndrome. All of these symptoms frequently improve with the adoption of a gluten-free diet. 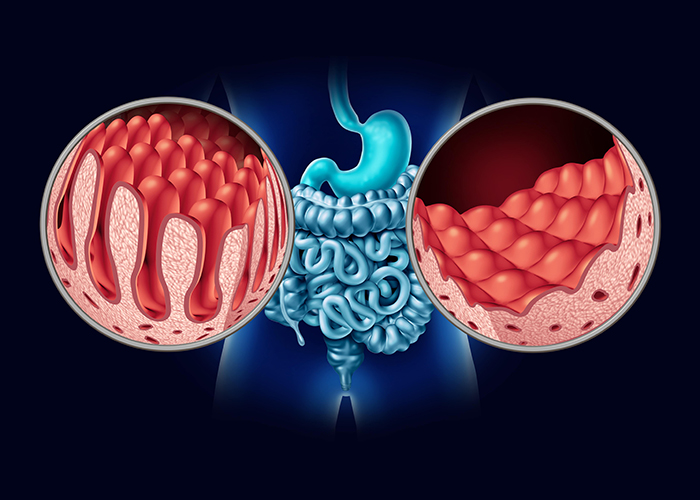 The inherent subjectivity in the diagnosis and resolution of these symptoms likely contributes to the popularity of gluten-free diets. There is some data to suggest that following a gluten-free diet may improve GI or systemic symptoms in individuals with lupus, dermatitis, eczema, irritable bowel syndrome, rheumatoid arthritis, diabetes 1 and 2, thyroid problems, and psoriasis. Gluten-free diets have also been used by patients with autism spectrum disorders, however, there is no definitive data to support this and the American Academy of Pediatrics does not support the use of gluten-free diets as a primary treatment for individuals on the autism spectrum.

A celiac versus a non-celiac gluten sensitivity differs because celiac is a true food allergy. Food allergies are an adverse immune response to a food protein, most commonly an immunoglobulin called IgE. When the immune system detects IgE in the bloodstream, white blood cells attack and trigger an allergic response. 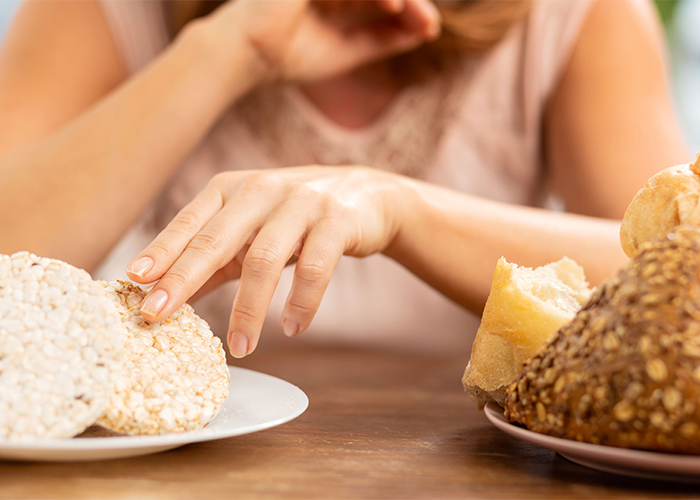 Other allergies are mediated by the IgG immunoglobulin, which is characterized by symptoms which appear delayed, sometimes up to three or four days after the food is consumed. Symptoms of allergies include GI distress, skin inflammation, pain, fatigue, osteoporosis, mood disorders, liver problems, infertility, asthma, psoriasis, hair loss, premature gray hair, dental abnormalities, and even life-threatening anaphylaxis.

The real difference between celiac disease and gluten sensitivity is that celiac disease produces antibodies that attack the inner lining of the small intestine, destroying it. For individuals with gluten sensitivities, that does not happen. Either way though, the treatment is the same. Work with your doctor to come up with a great dietary plan and think about supplementing with anti-inflammatories. 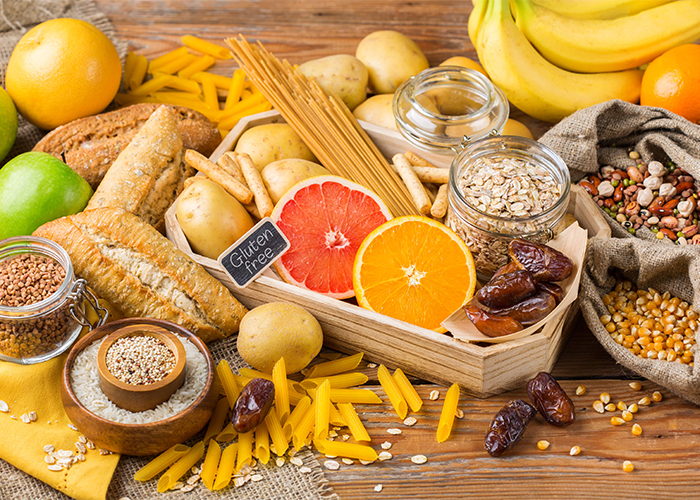 When it comes to treatment, avoidance works best. Remember that my wife cut out gluten and got much better. When mild symptoms came back later, we figured out that using the same toaster for her gluten-free bread and my regular bread was causing problems. We also switched to gluten-free dog food to avoid problems there. If your sensitive or allergic to gluten, you have to watch out for hidden sources of gluten.

The results of addressing a gluten issue are unmistakable, as most people rave about their increased energy levels, mental clarity, and an obvious decrease in symptoms. There are lab tests, skin tests, and blood tests that can help detect food allergies, but the gold standard is something called an elimination challenge diet. Eliminate all gluten products from your diet for 3-7 days, then challenge your body with gluten and see what happens. If symptoms go away and then return once you start eating gluten again, you know you’re gluten sensitive. 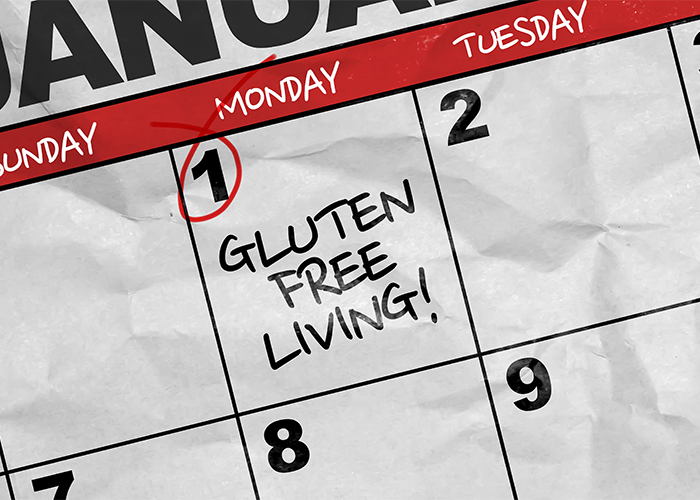 Most individuals who are sensitive to gluten, especially celiac patients, tend to be sensitive to disaccharide sugars like lactose, sucrose, maltose, and isomaltose. Read labels carefully and if the food you’re eating contains one of these disaccharides, test your sensitivity by trying an elimination challenge of those foods as well.

Now it’s becoming easier to be on a gluten-free diet as many restaurants and conventional grocery stores offer gluten-free options. You can find gluten-free bread, pasta, bagels, waffles, pizza, and more. I can tell you from personal experience that they’re getting good at making gluten-free food delicious. Most of the time, you can’t even tell the difference between the gluten-free option and the option with gluten.

If you know or suspect that you have a gluten sensitivity or allergy, let us know. I want to understand what your experience is like and offer suggestions to make a gluten-free diet not just tolerable, but delicious. I’ve been working with patients on nutrition and dietary plans for over 16 years, so together we can come up with a plan that fits your needs.