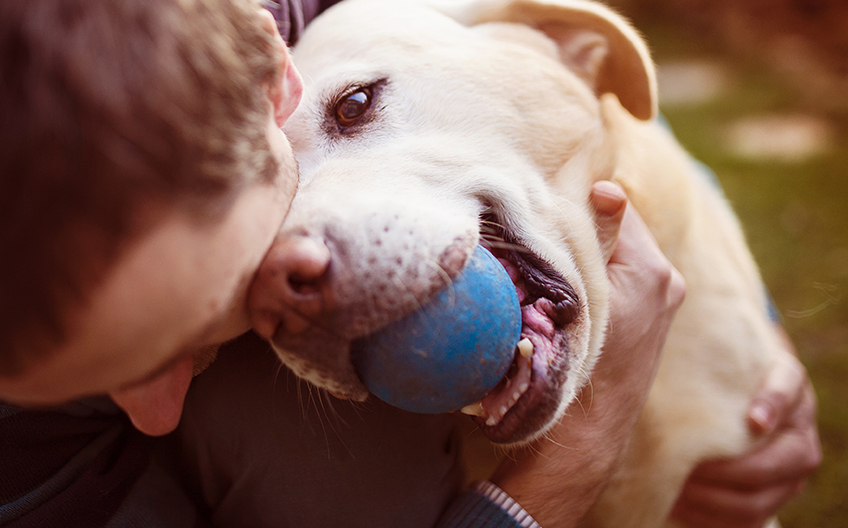 Could an Emotional Support Animal Help with Anxiety or Depression?

Nothing is more soothing than spending an evening cuddled up on the couch with your canine friend. But what if you could take that feeling with you when you travel? Or what if you could enjoy that peaceful scene in an apartment building that doesn’t allow pets?

How Common Are Anxiety and Depression?

According to the Anxiety and Depression Association of America (ADAA), anxiety disorders are the most common form of mental illness in the United States. These disorders are so common, in fact, that they affect roughly 18% of the population or roughly 40 million people. Depression is a diagnosis entirely its own, affecting more than 16 million Americans, or nearly 7% of the adult population.

Generalized anxiety disorder is the most common form of anxiety and sufferers experience excessive anxiety or worry on most days for a period of at least several months. Other anxiety-related symptoms include the following:

Some of these symptoms overlap with major depressive disorder, or depression, which is primarily characterized by a persistent feeling of sadness or lack of interest in things once enjoyed. Other common symptoms of depression include negative thinking, agitation or restlessness, difficulty with focus, irritability or angry outbursts, withdrawing from loved ones, exhaustion, and morbid or suicidal thoughts. Many people who suffer from depression also experience physical symptoms such as muscle aches and pains or a feeling of being slowed down.

What is An Emotional Support Animal?

If you suffer from anxiety or depression, you know firsthand how difficult it can sometimes be to get through the day, let alone deal with challenges like going on an airplane or living in a place where you don’t feel at-home. An emotional support animal is an animal that provides comfort and support in the form of companionship and affection for individuals suffering from mental or emotional illness. Unlike service animals, emotional support animals are not trained to perform specific tasks, and they are meant solely for emotional support.

Though the idea of bringing your beloved pet with you everywhere you go may be calming and it might, in fact, ease some of your anxiety or depression, there is little scientific evidence regarding the use of emotional support animals. There are numerous studies showing the benefits of interacting with animals on improving a person’s mental health, but the emotional support animal (ESA) designation is still fairly new and relatively unstudied. There is some concern as well about people abusing the system to gain free access to air travel for their pets.

How Do You Get One?

If you’re considering getting an emotional support animal, make sure you understand what the ESA designation does and does not allow. Having an ESA does not give you free access to all public places with your pet – after all, they are still pets because they do not receive special training and certification to obtain the service animal designation. If, however, you have a mental or emotional disability, you might qualify for an ESA and could very well benefit from having one. Here is a list of the conditions which have been or may be helped by an ESA: