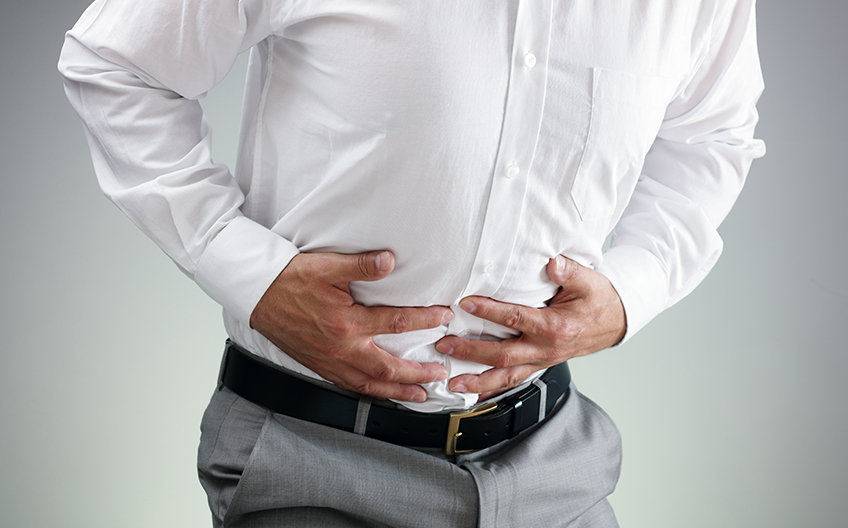 Written by Julianne Ferguson on April 9, 2018. Posted in Digestive Health

Do you suffer from frequent diarrhea or stomach pain and cramping? Have you lost weight without meaning to or has your doctor worried that you might have anemia? These are some of the symptoms of inflammatory bowel disease (IBD) that many people misunderstand. IBD can sometimes be tricky to diagnose because the symptoms overlap with other conditions and because there are several different forms of the disease.

Though the symptoms of IBD may seem inconvenient at most, leaving this condition untreated can lead to serious complications such as malnutrition, intestinal rupture, and even colon cancer. Keep reading to learn more about the different types of IBD and how to manage them.

What Are the Different Types of IBD?

Irritable bowel disease or IBD is an umbrella term for several different conditions. The two most common types of IBD are ulcerative colitis and Crohn’s disease. The former is characterized by inflammation of the large intestine and typically affects the entire structure from the rectum into the colon – the inflammation may also spread into the inner lining of the colon. Crohn’s disease, on the other hand, can cause inflammation in any part of the intestinal tract and typically occurs in patches of inflamed tissue which can occur anywhere from the mouth to the anus.

Both Crohn’s disease and ulcerative colitis are chronic conditions, and both are caused by a combination of genetic and environmental factors. Together, these two diseases affect roughly 3 million American adults or about 1.3% of the population.  Some of the most common symptoms of Crohn’s disease include frequent diarrhea, abdominal pain, nausea, loss of appetite, weight loss, anemia, skin reactions, and arthritis. Ulcerative colitis causes similar symptoms with the addition of rectal pain or bleeding, an urgency or inability to defecate, fever, and fatigue.

What Are the Causes and Risk Factors?

Unfortunately, the exact cause of IBD remains unknown. Research has revealed a link, however, between genetics and immune system problems and the various forms of IBD. Scientists believe there is a genetic component to the disease because patients who have immediate family members with IBD develop the condition at a higher rate. They also believe that there is some immune system involvement due to the fact that inflammation occurs in the GI tract independent of any infection.

Though researchers do not fully understand the causes of IBD, they have identified certain factors which may increase your risk of developing Crohn’s disease or ulcerative colitis. The most common risk factors include smoking, ethnicity, age, family history, geographical region, and gender. People of Caucasian and Jewish descent have a higher risk for IBD, as do people under the age of 35. Ulcerative colitis is more likely to affect men, while Crohn’s disease is more common in women. If you live in an urban or industrialized area, your risk for IBD is higher, and smoking can greatly increase your risk.

How is IBD Best Treated?

The symptoms of IBD differ in severity from one case to another, so you’ll need to talk to your doctor about the ideal form of treatment. Leaving your condition untreated could increase your risk of developing serious complications including malnutrition, dangerous weight loss, fistulas, intestinal rupture or perforation, bowel obstruction, and colon cancer. In very severe cases, IBD can cause you to go into shock, and it could be a life-threatening situation.

When it comes to treating IBD, there are a number of different options. The first step in treating IBD is usually medication with anti-inflammatory drugs such as sulfasalazine or corticosteroids. These drugs are designed to reduce inflammation in the GI tract but, unfortunately, they come with a high risk for die effects. Immunosuppressant drugs may also be prescribed, including drugs that block TNF – a chemical produced by the immune system that can trigger inflammation.

Other treatments for IBD may include antibiotics, antidiarrheal drugs, and nutritional supplements to address malnutrition or specific deficiencies. Lifestyle changes are also important for treating and managing IBD. You’ll need to keep an eye on your stress levels and exercise regularly. Quitting smoking, drinking plenty of fluids, and avoiding dairy products will help as well. If nothing else works, surgery may be an option to repair damage or to mitigate symptoms of IBD.

Irritable bowel syndrome, in its many forms, is not the kind of condition you want to ignore. Though symptoms may be mild at first, they can worsen, and you may find yourself saddled with serious complications such as bowel obstruction, ulcers, intestinal rupture, or even cancer. If you have experienced any symptoms of IBD, or if you have some of the risk factors, talk to your doctor today.