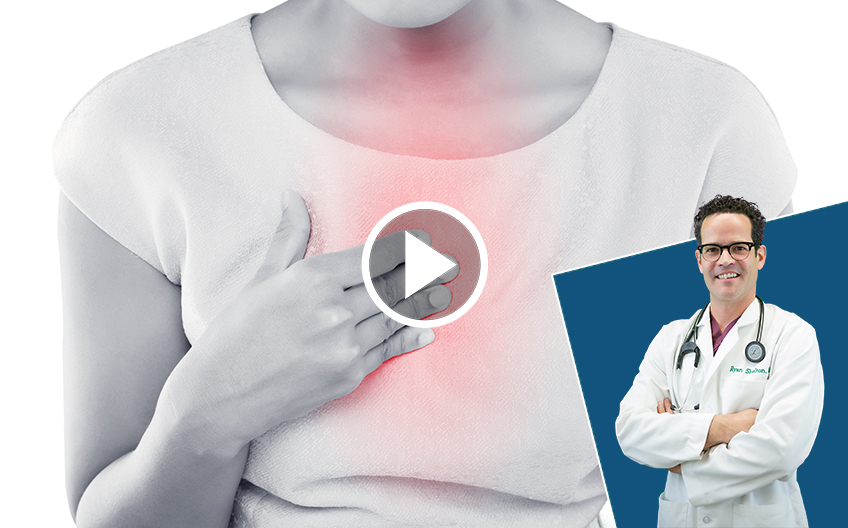 Acid Reflux Remedy and What to Do About It

Written by Julianne Ferguson on August 31, 2019. Posted in Digestive Health

When struggling with acid reflux, also known as GERD, some individuals experience it as heartburn. Other individuals end up with chest pain, throat pain, regurgitation of food, a sour taste in their mouth, coughing, hoarseness, or wheezing. If the acid makes it too far up the esophagus, dental erosion can be a problem too.

Acid Reflux Remedy and What to Do About It

Acid reflux is more common than you think 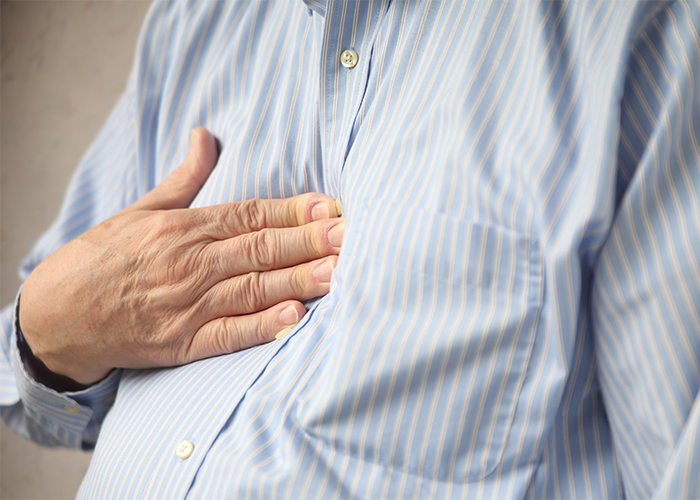 As a doctor, I cannot tell you how many times my patients have complained about acid reflux. I call it an ‘out the door’ symptom because patients typically come in for high blood pressure, a skin rash, menopausal symptoms, or hair loss and as they’re walking out the door, they’ll add in, “By the way, I have acid reflux too.”

Acid reflux is quite common. 10% of people experience it daily, 30% experience it at least once a month, and 20% deal with it twice a week. Many people who struggle with acid reflux take medication for it, such as antacids or proton pump inhibitors. However, taking antacids daily has been shown in studies to cause a 200-600% increase in esophagitis.

Proton pump inhibitors do nothing for H. pylori, common bacteria that thrives in stomach acid, and yet these inhibitors are two of the top five over the counter medications purchased in the United States. Acid reflux is so common that it’s become a five-billion-dollar annual industry. 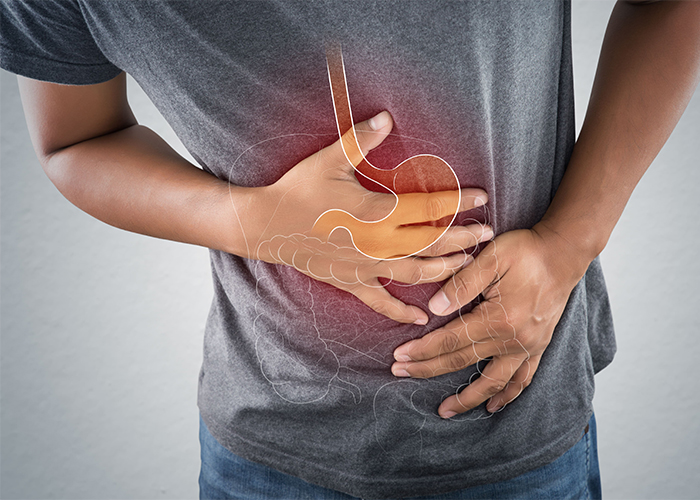 How can you prevent acid reflux? 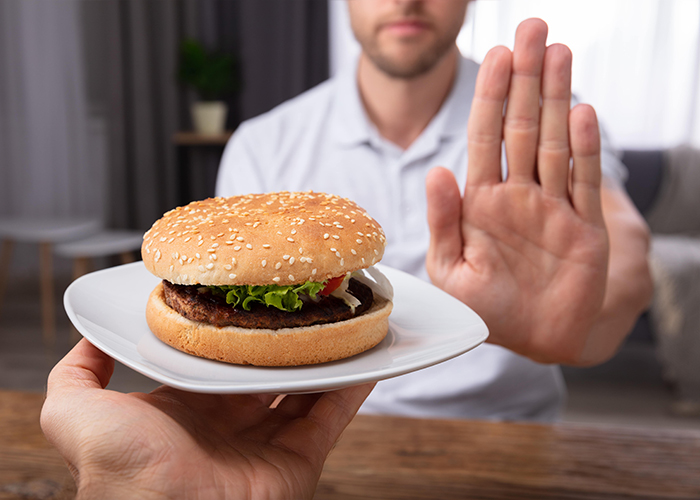 Certain foods relax the LES and cause negative effects, such as saturated fats, alcohol, sweet and sour foods, spicy foods, tomatoes, citrus, and coffee. Other foods to avoid are canned good, fast food, fried foods, dairy, chocolate, mint, and gluten. Limit these foods in your diet and increase your intake of fresh or frozen produce instead.

Diets and acid reflux reactions are different for every individual. The best thing to try is an elimination challenge diet where you eliminate all potentially problematic foods for three or four days. After a few days, you can reintroduce each food item one by one, a few days apart, to see which foods are causing or contributing to your acid reflux. 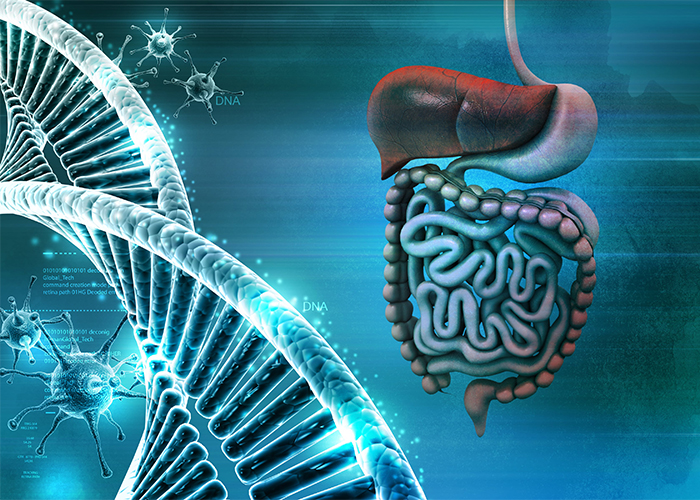 Stress can also contribute to acid reflux problems. The entire gastrointestinal tract is known as the enteric nervous system, nicknamed the ‘little brain.’ There are so many nerves that interact between the gut, the digestive system, and the brain.

In fact, there are more serotonin receptors in the gut than there are in the brain. If you feel stress, anxiety, depression, then you’ll be able to feel it in the bowels, stomach, and intestines.

There were a couple of studies done in the 1920s and 1930s around factory workers who switched to office work. There was a dramatic increase in the number of acid reflux patients because they were stressed out. Since they switched from working with their hands to working with their brains, the stress caused an increase in acid reflux. Another study completed around 9/11 first responders showed that a quarter of them developed acid reflux, likely due to the stress of the event. 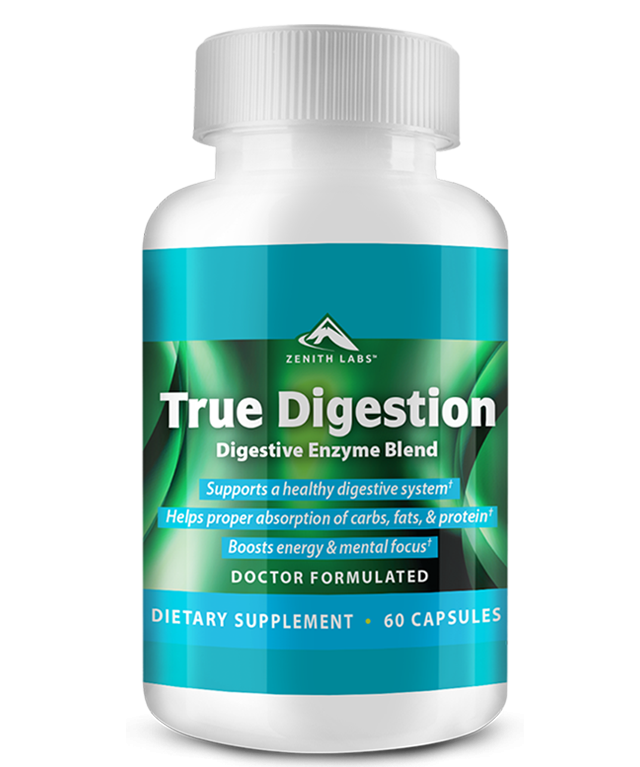 We can see that both diet and stress play a role in acid reflux. At Zenith Labs, we’ve created a supplement called True Digestion. It contains zinc, since zinc deficiencies can cause mucosal damage and lower acid production. True Digestion also contains mucoligens like alginate, slippery elm, marshmallow, and DGL. One study has shown that alginate showed an 81% improvement, which is considerably better than antacids or proton pump inhibitors. Our supplement also contains barberry, which attacks the H. pylori in your gut that contributes to acid reflux. On top of all that, True Digestion also contains the other important digestive enzymes: amylase, protease, lipase, lactase, phytase, cellulase, invertase, and maltase. It’s a fantastic supplement and people are reporting tremendous benefits from taking it.

For some reason, treating acid reflux is an afterthought for most people. So many people just accept it as part of life, but you don’t have to. You need to value every warning signal your body gives you because it’s a disruption in your health.