Zenith Labs > Blog > Heart & Lung Health > What is COPD and How Does It Affect Your Health? 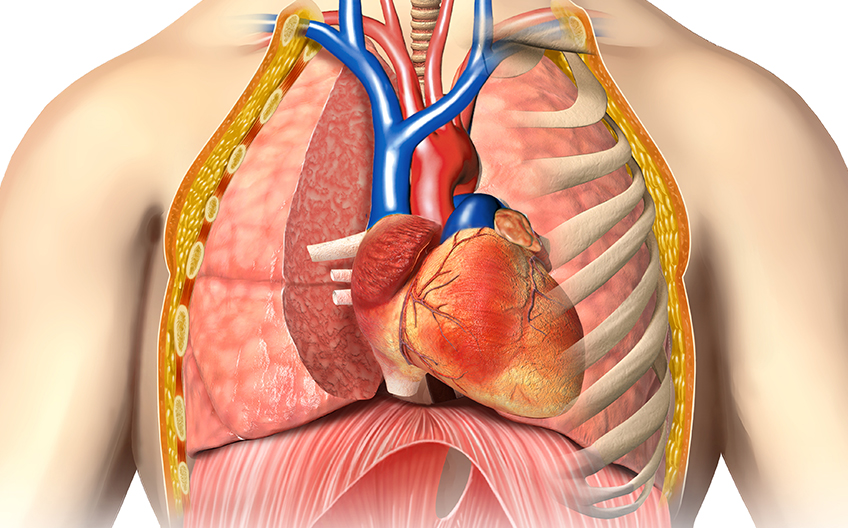 What is COPD and How Does It Affect Your Health?

It is completely normal to get a little winded while exerting yourself, but if you experience shortness of breath on a regular basis, it could very well be a problem. Difficulty breathing paired with cough, sputum, and wheezing are the hallmarks of a condition known as chronic obstructive pulmonary disease or COPD. Keep reading to learn more about COPD and its effects on your health.

What is COPD, Anyway?

Chronic obstructive pulmonary disease (COPD) is a chronic inflammatory lung disease that causes airflow from the lungs to become obstructed – difficulty breathing is the primary symptom. Though COPD is a disease in and of itself, it is often linked to two other common conditions – emphysema and chronic bronchitis. Chronic bronchitis is characterized by inflammation of the lining of the bronchial tubes which are the structures that carry air to and from the alveoli (air sacs) in the lungs. Emphysema is a condition in which the alveoli in the bronchioles, the smallest air passages in the lungs, are destroyed or damaged by cigarette smoke and other toxic or irritating gases.

What Are the Symptoms and Causes?

While difficulty breathing is the most common symptom of COPD, you may also experience cough, mucus or sputum production, and wheezing. Unfortunately, these symptoms often do not present until the disease has progressed and significant lung damage has occurred. In fact, the diagnostic criteria for chronic bronchitis include a daily cough and sputum production for at least three months out of the year for two consecutive years. Emphysema is also a disease that develops over time and can cause serious damage to the respiratory system.

The shortness of breath that commonly indicates COPD can happen anytime, but most frequently occurs during physical activity. Other symptoms of COPD may include the following:

Another common symptom of COPD is having to clear your throat first thing in the morning, typically due to excess mucus in the lungs. Many people with COPD experience one or more symptoms on a daily basis, though there may also be periods during which symptoms worsen for a period of several days. Additionally, the severity of these symptoms is likely to worsen over time – especially if you keep smoking cigarettes.

Smoking cigarettes is the most common cause of COPD, particularly in the developed world. In developing countries, however, it is more commonly caused by inhalation of cooking fumes in poorly ventilated areas. While many smokers develop some degree of reduced lung function, only about 20% to 30% actually develop clinically apparent COPD. Other factors that contribute to COPD include long-term exposure to air pollution, secondhand smoke, fumes, dust, and work-related chemicals. There is also a rare form of the disease caused by an alpha-1 deficiency. Alpha-1-deficiency-related emphysema is caused by a genetic condition that impairs the body’s ability to produce normal amounts of the alpha-1 protein which protects the lungs from damage.

How Does COPD Affect Your Lungs?

The lung-damaging effects of COPD are obvious in that the most common symptom is difficulty breathing, but how exactly does this disease affect your lungs and the rest of the respiratory system? In order to understand the effects of COPD, you need a basic understanding of how your respiratory system works. When you breathe air through your mouth or nose, it travels down your trachea or windpipe into the lungs through two large tubes called bronchi.

Once the tubes enter the lungs, they separate into many smaller tubes like the branches of a tree – these smaller tubes are called bronchioles, and there is a cluster of air sacs or alveoli at the end of each. Inside the alveoli are collections of tiny blood vessels called capillaries which absorb the oxygen from the air you breathe, allowing it to enter the bloodstream. From there, the oxygenated blood is pumped throughout your body, and you exhale the waste product carbon dioxide.

So, what happens when you develop COPD? Healthy lung function is dependent on the elasticity of the bronchial tubes and air sacs which enables them to physically force air out of your body. COPD causes those structures to lose their elasticity, allowing them to over-expand which prevents all of the air from leaving – it actually traps some of the air in your lungs each time you exhale. As you can imagine, it is difficult to catch your breath when trapped air prevents your lungs from filling properly.

How Else Does COPD Affect Your Health?

By the time you develop symptoms of COPD, it is likely that a significant amount of damage has already been done to your lungs, but what about the rest of the body? How else does COPD affect your health?

Long-term COPD can lead to a number of complications including frequent respiratory infections, heart problems, high blood pressure, and even depression. For people with COPD, respiratory infections are a double-edged sword. Having COPD makes it more likely that you will catch a cold, the flu, or pneumonia and any respiratory infection will make it more difficult to breathe, thus exacerbating the damage to your lungs and making your COPD worse. COPD can also cause high blood pressure in the arteries supplying blood to the lungs – this is known as pulmonary hypertension – and, for unknown reasons, COPD may increase your risk for heart disease or heart attack. Having chronic COPD may also impact your daily life to the degree that you develop depression.

Chronic obstructive pulmonary disease is no laughing matter, and it is a very real risk if you are or have ever been a smoker. While COPD is very serious, it is also very treatable – quitting smoking and making other healthy changes to your lifestyle can help you manage the disease and improve your quality of life, but you should start sooner than later.