Zenith Labs > Blog > Mind & Body > What Really Causes Restless Legs Syndrome and What Can You Do About It? 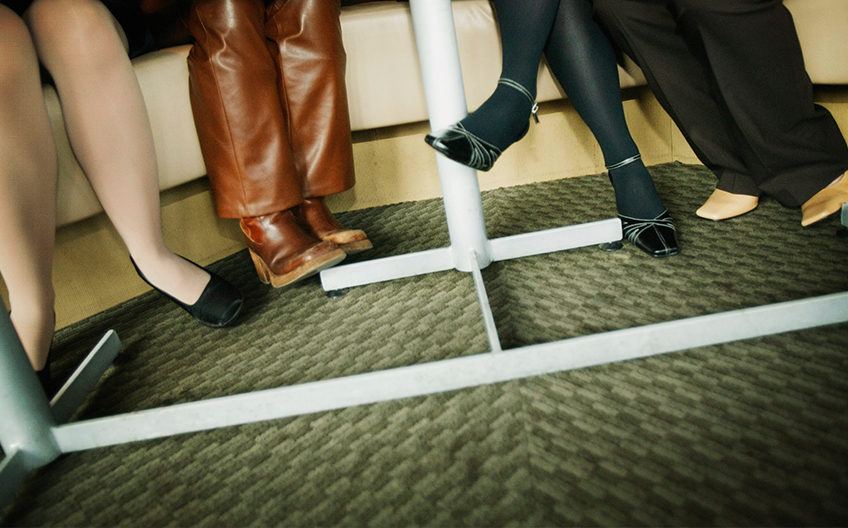 What Really Causes Restless Legs Syndrome and What Can You Do About It?

We’ve all had one of those days when you simply can’t sit still. Maybe you drank too much caffeine, or perhaps you were anxious about an upcoming event. Regardless the cause, that jittery feeling and the need to be constantly on the move went away eventually.

For people with restless leg syndrome, the urge to keep moving your legs is uncontrollable and near-constant. Though it typically happens in the evening or during nighttime hours, it can become severe enough to interfere with daily activities and may even interrupt your sleep. But what causes this common condition and what can be done about it? Keep reading to find out.

What is Restless Legs Syndrome?

According to the National Sleep Foundation, as many as one in ten American adults suffer from restless legs syndrome or RLS. This condition is less commonly known as Willis-Ekbom Disease, and the primary symptom is, as you already know, an overwhelming and often uncomfortable urge to move your legs. This symptom is most likely to occur when you are sitting or lying down, especially for an extended period of time such as a car ride or plane trip. Many people with RLS experience relief with movement which is, in and of itself, another symptom. Other symptoms may include nighttime leg twitching and a worsening of symptoms in the evening or at night.

Unless you have experienced restless legs syndrome for yourself, it may be difficult to understand exactly what it feels like. People with RLS often describe the urge to move as an unpleasant sensation in the legs or feet, typically on both sides of the body – it may even affect the arms. These sensations occur within the limb itself, not on the skin, and have been described as a creeping, crawling, pulling, aching, throbbing, itching, or even electric sensation. Most people with RLS agree that the sensation is very different from normal muscle cramps or numbness and symptoms may fluctuate in severity, even disappearing for a period of time before recurring.

Unfortunately, there is no known cause for restless legs syndrome. Some researchers believe the disease to be caused by an imbalance of dopamine in the brain, a chemical messenger (neurotransmitter) that sends messages that control muscle movement. It is likely that heredity plays a role in this condition, particularly in cases where the disease manifests before the age of 40. Pregnancy and other significant hormonal changes can also trigger or temporarily worsen symptoms of restless legs syndrome, but they typically resolve after delivery.

Though there is still more to be learned about RLS, certain conditions have been identified that frequently accompany the disease. Peripheral neuropathy, for example, is often seen in cases of RLS and is commonly caused by damage to the nerves in the hands or feet resulting from poorly managed diabetes or alcoholism. Iron deficiency may worsen restless legs syndrome, as can kidney failure and anemia. Restless legs syndrome can also lead to complications in severe cases. Severe RLS has been associated with reduced quality of life, chronic insomnia, and even depression.

What Can You Do About It?

For the most part, diagnosis of restless legs syndrome is fairly straight-forward and can be made primarily based on an analysis of symptoms. Unfortunately, treatment for the condition is often a little more complicated because it may coincide with another disease or disorder. In cases where an underlying condition such as iron deficiency is present, addressing that condition may help to relieve symptoms of RLS as well. In cases where symptoms are severe and frequent, medications are available.

In addition to, or as an alternative to prescription medications, you might also consider certain lifestyle changes or home remedies to relieve RLS symptoms. Soaking in a warm bath and massaging your legs may help to relieve the urge to move, and some people find that using warm or cool packs helps as well. Try to establish good sleep hygiene to avoid fatigue and avoid caffeine as much as possible. Getting regular, moderate exercise has also been shown to benefit RLS symptoms as long as you don’t overdo it and you do not work out too late in the day.

Restless legs syndrome may not be life-threatening, but it can seriously impact your day-to-day activity as well as your quality of life. Speak to your doctor about your symptoms and treatment options and consider finding a support group as well. It may take time as well as some trial and error to find a treatment plan that works for you, but relief is certainly possible. Best of luck!