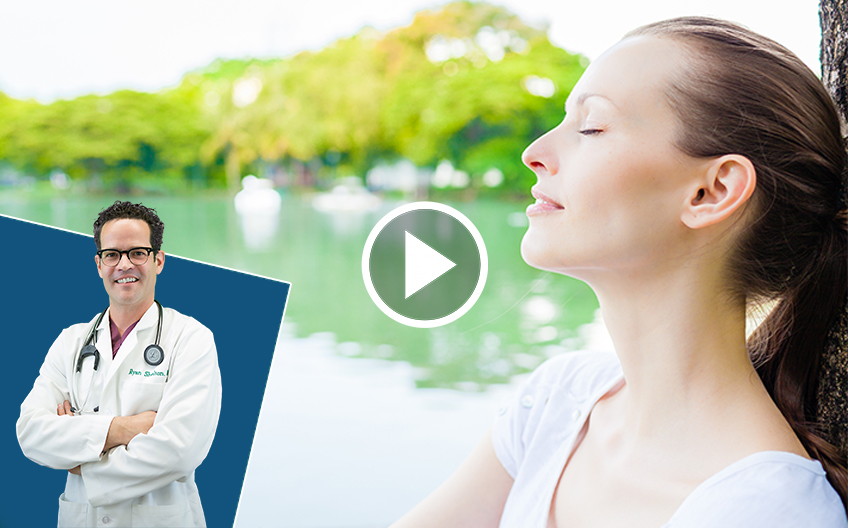 Written by Julianne Ferguson on February 11, 2019. Posted in Mind & Body

In our busy lives, we’re bound to feel stressed at some point. But chronic stress has negative effects on your health, which is why it’s important to learn to manage it! Learn the number on master tip on how to relieve and reduce stress.

There is a difference between stressors and stress. Stressors are events that happen in life, chemicals that we’re exposed to, or foods we eat, that cause an emotional and physiological response called “stress”. When it comes to stress, the physiological and emotional response is triggered by the nervous system. Hormones can also contribute to stress.

We know that stress is related to all kinds of chronic diseases. That’s why we need to try and get a hold of it and take care of it.

The Master Tip To Reduce Stress

Now that we know the nervous system plays an important role in stress, we can try to find ways to help us manage it. There’s actually a powerful tool to grab a hold of stress by the horns and eliminate it completely if we wanted to. The cool thing about this tip is it’s something that you do thousands of times a day — breathing. Breathing can help you reduce stress.

Why is breathing so important? The nervous system has two branches in general:

Now the autonomic nervous system has two branches as well: sympathetic and parasympathetic. The sympathetic nervous system controls the fight or flight response. It gets us revved up, and we feel stressed out when it is tuned in and motivated. The parasympathetic system is the calming branch of the nervous system, and it’s controlled majorly by something called the “vagus nerve”. With breathing techniques, you can actually consciously control the vagus nerve and mediate things like respiration rate, blood pressure, and stress hormones.

A study done at the Juilliard School of Music found that individuals who performed deep breathing exercises could actually grab hold of that vagus tone and stimulate parasympathetic nervous responses and diminish the sympathetic nervous system. By diminishing the sympathetic system, it also reduces the fight or flight response, emotional withdrawal, stress, anxiety, depression, and insomnia.

In another study, scientists showed that by just practicing breathing techniques for 10 minutes a day, they could change their physiological response for up to 24 hours. This could positively affect heart rate, asthma, abdominal pain, proinflammatory cytokines produced in the body, blood pressure, anxiety, and mental focus. So, scheduling time out to practice deep breathing exercises 10 minutes a day could change how your body responds for the next 24 hours.

Emotions are not solely a phenomenon within the brain, they’re also composed of physiological responses. They include autonomic and behavioral responses. Respiration or breathing has a unique relationship to emotion, with the primary role of respiration concerning metabolism and homeostasis, but breathing is the one inlet that you have. When you take control of your breathing and the vagus nerve, you can change entire nervous system pathways and hormonal pathways within your body.

The respiratory control system is not just reflexive, it’s smart. It learns and it has memory.

The respiratory system listens to and carefully remembers how previous stimuli affect breathing. Respiratory memory is laid down by adjusting synaptic connections in the brain, so when you take time to breathe, you’re changing the plasticity of your brain. You’re changing how you’re brain works, your neurological pathways, and the hormonal pathways in your body.

There are many deep breathing techniques out there. The eight, one and four, technique is one that you can try by yourself:

We’ve also worked with some researchers to develop a stress supplement. It’s called “Meditation in a Bottle”. It contains beautiful, wonderful herbs and amino acids to help relieve stress. And when combined with the breathing techniques it’s a powerful one to try.

Thanks so much for tuning in today.

Make sure that you share with your friends and loved one.

Stress is a killer and you can control it with something as simple as breath.

Thanks so much, I’m Dr. Ryan Shelton.