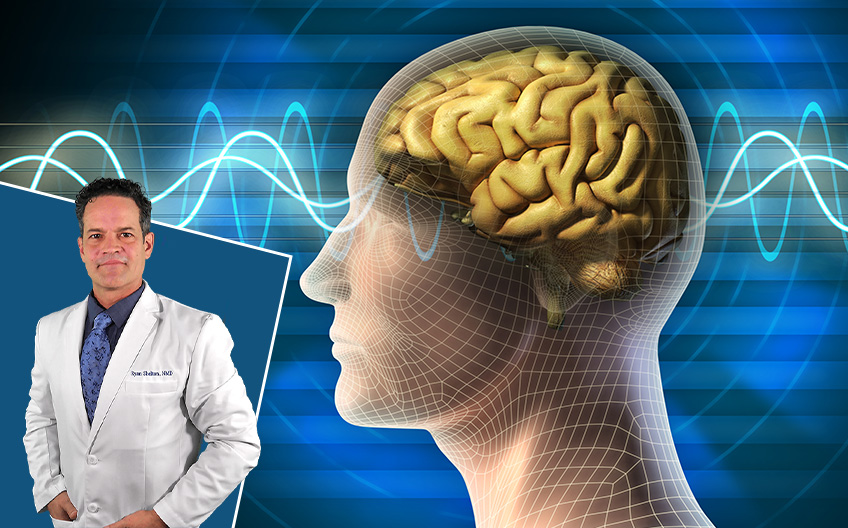 Probiotics have experienced an enormous increase in popularity over the last ten years. Found naturally in many foods, probiotics are bacteria that inhabit the gut and are responsible for good digestive health. The understanding that intestinal health influences overall health dates back thousands of years.

Modern science has now unveiled that the gastrointestinal tract is inhabited by trillions of microorganisms—collectively called the human microbiome. These organisms interact with the intestinal mucosa as well as the immune, endocrine, and nervous systems. This multisystem web of communication has been termed the “gut-brain axis.” Its mediators include neurotransmitters, hormones, peptides, cytokines, chemokines, and byproducts of bacterial metabolism.

Science has revealed intricate details about the human microbiome and the gut-brain axis, but many questions remain. For instance, how does the microbiome affect a person’s mood? If changes in gut microbes accompany changes in emotions, which comes first? Can we modify the microbiome to support mental and emotional health? Where do probiotic supplements come into play?

Researchers have examined many of these questions in recent years. Results from human clinical trials are beginning to provide practical understanding of the microbiome and the gut-brain axis. Here’s a look at key studies that offer insights into probiotic supplementation to support mood, stress, and cognition.

There are many proposed mechanisms by which probiotics might influence mood. Researchers have found that gut microbiota can modulate serotonin function, support healthy inflammatory pathways, and communicate directly with the brain via the vagus nerve. You can think of the vagus nerve as the gut-brain highway.

Researchers have evaluated whether probiotics offer mood support. In a 2016 study published in Nutrients, 40 participants were randomized to take a daily probiotic capsule or a placebo for eight weeks. The probiotic capsule consisted of three viable and freeze-dried strains: Lactobacillus acidophilus, Lactobacillus casei, and Bifidobacterium bifidum. Results showed that the subjects taking the multispecies probiotic experienced a healthy mood in contrast to placebo.

Probiotics may also support a person’s cognitive reaction to mood changes. Why is this important?  Cognitive reactivity to mood increases vulnerability to dysfunctional thoughts and behaviors.

One new area of research has been whether probiotic supplementation influences the stress response.

In a study published in 2016 in Translational Psychology, researchers evaluated whether consumption of the probiotic Bifidobacterium longum 1714 affected stress response or brain-activity patterns in healthy volunteers. Participants completed neurocognitive tests and stress tests before and after taking the probiotic for four weeks. Results showed that consumption of B. longum 1714 was positively associated with support for stress response and memory. In a study published in 2017 in the Journal of Functional Foods, daily intake of Lactobacillus gasseri CP2305 supported mental, physical, and sleep quality among Japanese medical students.

As with mood and stress, much study has gone into the potential benefits for using probiotics to improve cognition, which is our ability to think, reason and use our memories.

The Mini-Mental State Examination (MMSE) is widely used to assess memory. In a 2016 study published in Frontiers in Aging Neuroscience, researchers evaluated the effects of probiotic supplementation on the MMSE. Sixty participants were randomized to drink either a placebo or milk containing Lactobacillus acidophilus, Lactobacillus casei, Bifidobacterium bifidum, and Lactobacillus fermentum probiotics for 12 weeks. Results showed that the probiotic supplement had a positive effect on MMSE scores.

In 2021, a study on the effects of probiotic supplementation on cognitive health in older adults was published in the The Journals of Gerontology. The goal of this randomized, controlled trial was to evaluate whether a probiotic combination of Bifidobacterium bifidum BGN4 and Bifidobacterium longum BORI would support cognition and mental health in older men and women. The primary outcomes of interest were healthy changes in cognition and mental health. A validated cognition test revealed a significant difference between the probiotic and placebo groups at week 12, with probiotics supporting mental flexibility.

A major problem with modern processed food is that for preservation and distribution to massive numbers of people, it is mostly sterile. Today’s foods contain almost no probiotics. Today’s food is regularly washed in chlorine, treated with antibiotics, pasteurized or irradiated. Food from our yesteryears, like foods fermented for long term storage, used to contain tons of naturally occurring probiotics.

The connection between probiotic levels existing in the gut and improved mental health is quite intuitive at its most basic. Bacteria in the gut helps break down food so that our bodies can absorb it more effectively. Thus, poor nutrient absorption, like that in a gut lacking sufficient probiotic presence, can lead to malnourishment and vitamin deficiencies. Some vitamin deficiencies, like folate deficiency, can result in depression, apathy, fatigue, poor sleep, and poor concentration.

No matter how you slice it probiotics are not only good for you, but essential for optimal brain health. Help feed the good bacteria in your gut with fiber rich foods and add to their population with probiotic rich foods like yogurt, kefir, sauerkraut, kimchi, kombucha, miso, and natto. Consider taking a high dose, muti-strain probiotic supplement including many of the strains/species listed above in human studies. You can certainly begin to feel the difference in as little as a month.