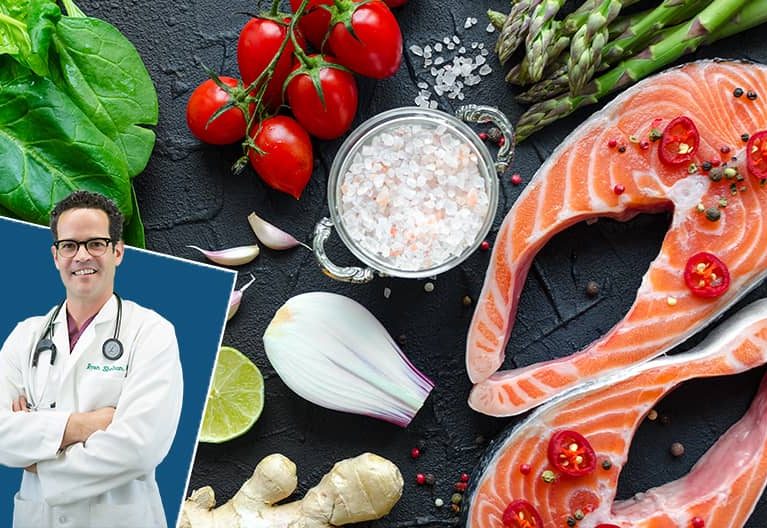 For Better Vision, Keep an Eye Out for Foods High in Zeaxanthin, Lutein, Lycopene, and Astaxanthin.

Like everything else with the human body, the eyes eventually degrade with age. If you were lucky enough to experience 20/20 vision in youth, eventually, you too will most likely need some form of corrective treatment whether glasses, contacts, or laser eye surgery.

The good news is that we can use food as preventative medicine.  There are dietary actions that you can take focusing on four distinct naturally occurring carotenoids found in foods in order to prevent the inevitable loss of vision. Small shifts in your diet can relate to you seeing your family members more clearly, reading those books you love so much, and driving with better confidence.

Four great dietary sources you can seek for help with vision are zeaxanthin, lutein, lycopene, and astaxanthin…the so called ‘macular carotenoids.’ Each can be found naturally and easily obtained through dietary means. Word of advice, these carotenoids are oxidized and become useless when exposed to air for long periods of time or when cooked at high temperatures. Always use fresh options either steamed or cooked at low temperature for best results.

Lutein and zeaxanthin are pigments predominantly found in the eye.  They are also the exact same pigments which are responsible for the yellow, orange and green colors in many fruits and vegetables. These pigments in the eye act as a filter for blue light, protecting the macular region against oxidation by light.  A healthy macula of the eye, protected against the insults of reactive oxygen species, helps to maintain clear, crisp vision.

While lutein and zeaxanthin are a little less recognizable, another powerful compound found to aid vision is lycopene. Lycopene is one of the most powerful antioxidants currently known occurring in food, and has many more benefits to us than just aiding vision. Lycopene also helps prevent cancer, prostate issues, and heart disease.

Tomatoes contain about 3mg of lycopene per 100 grams but, contrary to popular belief, they don’t pack the most punch when it comes to lycopene.

Guavas are not only delicious, they also contain an impressive amount of lycopene, with 100 grams of guava holding over 5mg of this potent antioxidant.

If you’re looking for help minimizing the effects of age-related vision loss, look no further than these three essential compounds: zeaxanthin, lycopene, and lutein.

Astaxanthin is special, very special. Astaxanthin is a naturally occurring carotenoid pigment found primarily in marine organisms such as salmon, trout, crab, shrimp, and lobster, providing a pink-red color. Among the commercially important microalgae, Haematococcus pluvialis is the richest source of natural astaxanthin which is considered as “super anti-oxidant.” Natural astaxanthin produced by H. pluvialis has significantly greater antioxidant capacity than the synthetic one. Studies have also shown that naturally fermented Astaxanthin may be even more powerful in its antioxidant potential for eye and vision health. 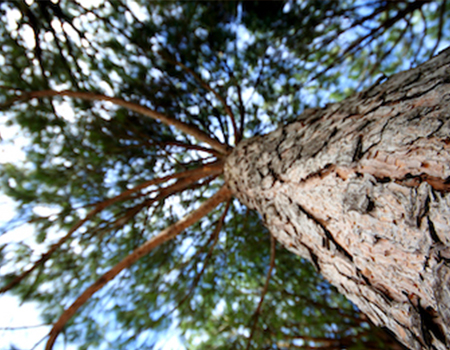 A ”Thanks for Reading” BONUS for reading the entire article:

Maritime Pine bark extract is the only herbal agent found in research to actually reverse myopia, also known as near-sightedness. 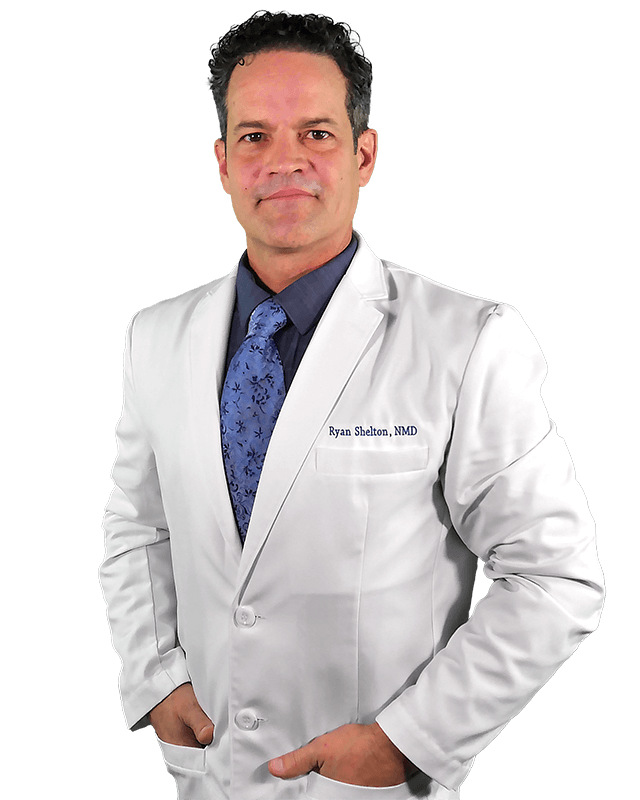 Thanks so much for tuning in. I want your feedback. I want more ideas and questions. I love it when these questions come in.

We post each and every week to help with your health and wellness. I’m Dr. Ryan Shelton. 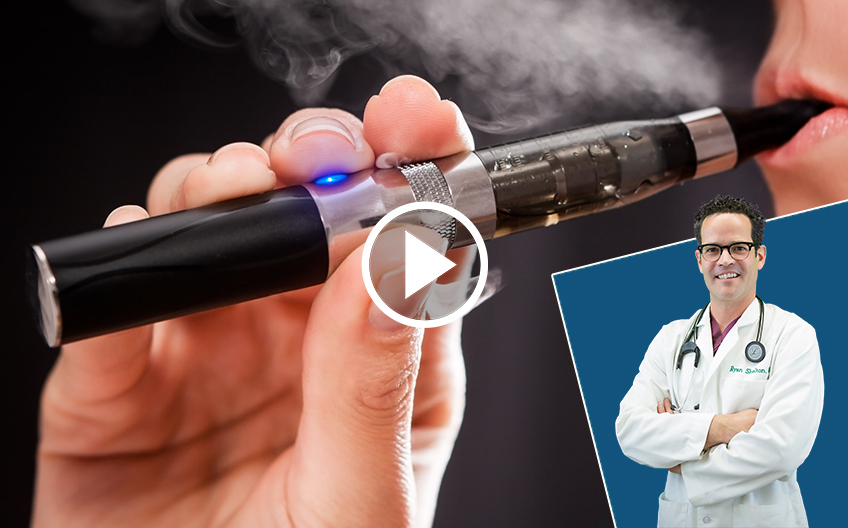 Someone recently asked us if vaping was safer than smoking, and this question was particularly intriguing to me. It’s a rather new human behavior and very little is known about it. I love research though, so I decided to find out as much as I could about the subject and share the information with you.

First of all, I want to assure you that we are not going to pull a new rabbit out of an old hat – both vaping and smoking are bad, and I want to be clear about that. The simple answer through research is that yes, vaping may be less harmful. It’s not that vaping is healthier, but simply less harmful than smoking cigarettes. 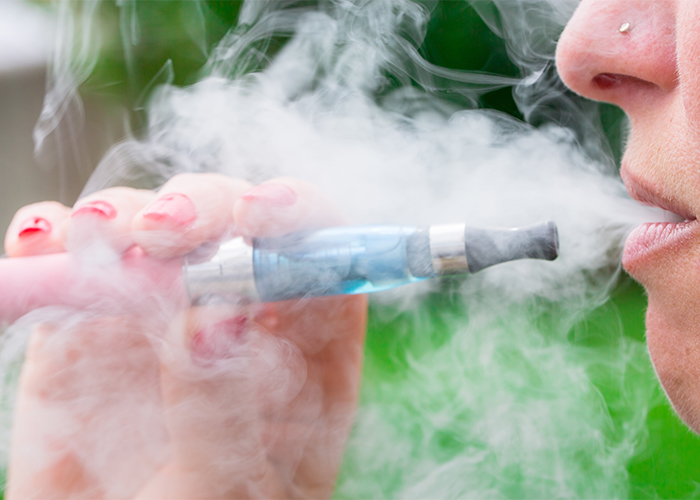 Over 500 articles have been published on vaping in the last few years, but very few of them are direct comparisons on the health risks or benefits of vaping versus smoking cigarettes. E-cigarettes are devices that produce an aerosol by heating a liquid containing various chemicals including nicotine, flavorings, and other additives. Users inhale the aerosol and those additives into their lungs. The aerosols produced by e-cigarettes can contain harmful chemicals such as heavy metals, lead, volatile organic compounds, ultra-fine particles, potentially cancer-causing chemicals, and other agents used for cleaning the device. Over 80 compounds are inhaled every time that you use an e-cigarette. Compare that to over 7,000 chemicals that are inhaled every time you smoke a cigarette! 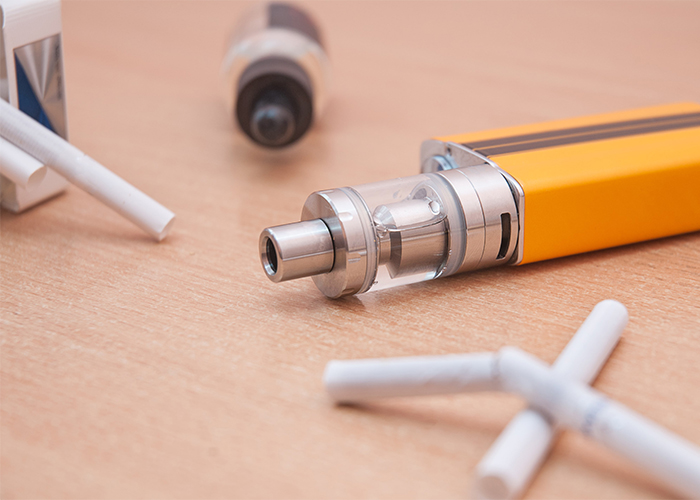 There has been a recent epidemic of e-cigarette users going to their doctor or even the emergency room because of lung disorders. The onset of respiratory findings, which can include nonproductive cough, chest pain, and shortness of breath, can occur several days or weeks before hospitalization. Systemic findings can include fast heart rate, fever, chills, fatigue, GI distress, and diarrhea preceding the lung symptoms.

Adult smokers who are attempting to quit should use evidence-based smoking cessation treatments, including counseling, nicotine replacement, and FDA-approved medications. Those who need help quitting tobacco products, including e-cigarettes, should contact their medical provider.

Are E-Cigarettes Safer Than Tobacco Cigarettes? 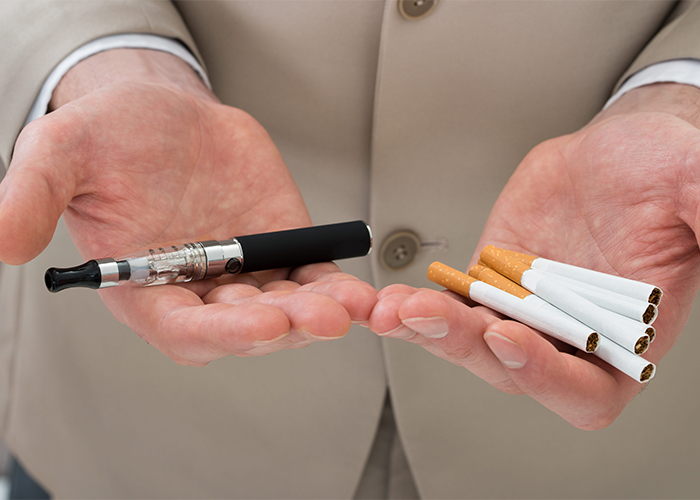 Smoking tobacco cigarettes is the primary cause of preventable cardiovascular deaths in the United States, and stopping the use of tobacco has long been the focus of public health organizations. According to the Surgeon General Report in 2014, rates of smoking in the US have reached historic lows. Parallel to the decline in cigarette smoking is the use of electronic cigarettes, which were introduced to the US in 2007. The market has since increased, especially among young people, which is a major concern. 3.1 million high school students in 2018 used e-cigarettes or vaped, and only 600,000 of them are illegal age.

E-cigarette use may be less harmful than tobacco use, but it comes with its own risks. Usage has increased from 700,000 users in 2012 to 3.2 million users in 2018. The effects of e-cigarettes on long-term cardiovascular health are rather inconclusive but still concerning. Multiple studies have shown temporary increases in oxidative stress, inflammation, vascular dysfunction, and platelet aggregation as well. These effects are consistent with the properties of nicotine, though the other components of e-cigarette emissions may also contribute to this.

E-cigarette use is less carcinogenic than tobacco smoke, as tobacco smoke is associated with lung cancer and other cancers throughout the body. It’s the number one risk factor for cardiovascular disease in the United States and worsens virtually every health condition we’re aware of. Tobacco smoke weakens the walls of the lungs, so we got plenty of air when we breathe in, but there’s little lung tissue left which means we’re not actually delivering air to the vital cells of our bodies. 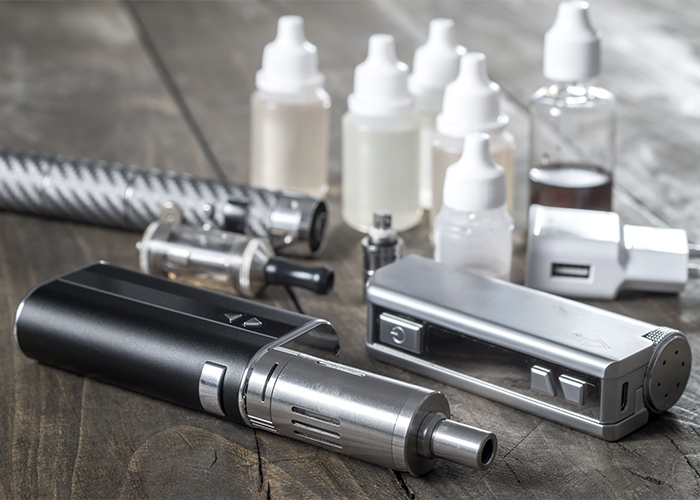 Now let’s be clear: the vapor of e-cigarettes contains less harmful substances than tobacco smoke, but e-cigarettes are not a hazard-free lifestyle product. Just like tobacco, e-cigarettes cause inflammation of the lungs. E-cigarettes are also associated with a higher rate of illicit drug use because other drugs can be used in the vaporizing units.

Vaping with e-cigarettes may be less harmful to your health than tobacco cigarettes and less associated with cancers, but they have their own acute symptoms to be aware of. There’s a recent epidemic of e-cigarettes because of market increase and adulterated agents that you can put in the vaporizers, causing more individuals to need emergency room visits.

If you smoke tobacco, you should certainly move to e-cigarettes. If you use e-cigarettes, work with your healthcare provider to come up with techniques for quitting permanently.